Early photographers naturally wanted to exploit the new found ability to capture a moment in time. What better than to try and take images from the air. Artists had long since perfected drawing "bird's eye views", now that scene could be photographed.

Balloons were a natural platform, allowing the photographer to be not only with the camera but to be able to decide and frame the shot. Balloons, however, were big, needed ground crew, used highly flammable gases and were at the mercy of the wind. Nevertheless they were used. Military minds, ever seeking the high ground, immediately saw the potential of being able to see further than the enemy and gain intelligence. This more than anything drove the techniques using kites.

There is some excellent movie footage of the French Military deploying a Kite Aerial Reconnaisance Unit on YouTube.

"Just push the shutter with your finger" 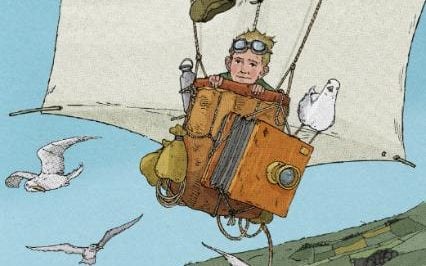 While researching KAP history I became aware of a book by Douglas Archibald. The Story of the Earth's Atmosphere printed in 1897. In the book it looks like Capt B.F.S. Baden Powell is credited as taking an aerial picture of Middleton Hall, Tamworth, Staffordshire, using a kite. I did try to research the photo further with the Trustees of Middleton Hall but without success. Some time afterwards a member of the KAP Discussion Group, Wind Watcher, saw an article in the Daily Telegraph by Christopher de Hamel.

It appears that Christopher's Grandfather was encouraged to be taken aloft in a wicker basket slung beneath a kite with a camera. This was in the late 1890's and Capt B.F.S. Baden Powell was in attendance, being the younger brother of Lord Baden Powell the Scout Movement Founder, and had a great interest in using kites for military purposes. Anyway the story is best told by the author himself................here.

It was Frenchman Arthur Batut in 1888 who managed to record what is widely accepted as the first photograph from a kite, taking a photograph of Labruguière, a town in the Tarn department of Southern France.

A recorded milestone were the images taken by George Lawrence of the 1906 San Francisco Earthquake. Lawrence was a very accomplished experimental photographer. Using a train of kites he lifted a panoramic camera weighing nearly 50 lbs. The whole kit was known as a captive airship. The image below links to a larger more detailed image. 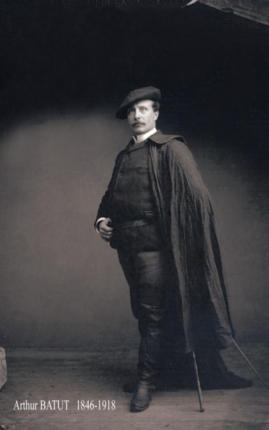